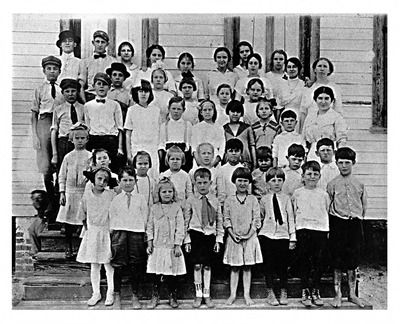 John Duda can be seen (farthest right, second row) and sister, Anna Duda (farthest left, third row) with other students outside the Oviedo School building, c.1912. Like many of the other students at that time, John had no shoes and went to school barefooted. John and Anna were the oldest children in the Andrew Duda, Sr. family. They had arrived from Europe only months earlier and had to learn the English language, along with other school subjects.