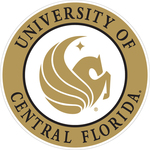 Christy Box is a senior majoring in anthropology at the University of Central Florida. She is an undergraduate researcher focusing on the effects of institutional support of endangered languages on language ideologies in Ireland and Scotland, for which she received several research grants and awards. She has also been the Isle of Man Small Countries Fellow and the Global Connections Scholar on Refugees with UCF Global Perspectives. Box plans to pursue a doctoral degree in cultural anthropology and work in applied anthropology for international organizations. Her research interests include endangered languages, media representations of marginalized peoples, disability studies, and human rights. She has completed fieldwork in Ireland and Scotland and has proficiency in six languages. Aside from her academic and research pursuits, she is a filmmaker and freelance writer.