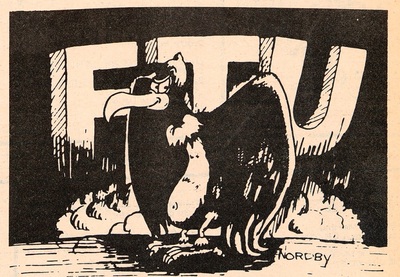 Date Unknown - A few unofficial mascots were in circulation before we officially became the Knights. The very first was the Citronaut created by Norman Van Meter for the first Student Handbook. Possibly the most famous unofficial mascot was Vincent the Vulture. Vinny first appeared in the Future on November 3, 1969 and, thanks to cartoonist Nordby, continued to appear in the newspaper long after he lost the mascot vote.