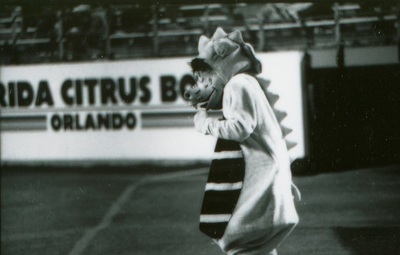 Before Knightro appeared, UCF experimented with several different costumed mascots. The first was the horse and rider debuted in 1979 and played by Kathi McCutheon. Sir Wins-a-lot came next in 1980. Puff appeared briefly around 1987 as a target for the costumed knight and in 1988 Mack the Knight debuted for UCF's 25th Anniversary.