New sectional map of the eastern - southern portion of the state of Florida. 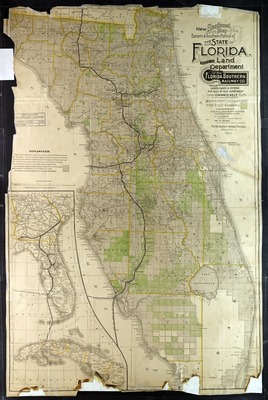