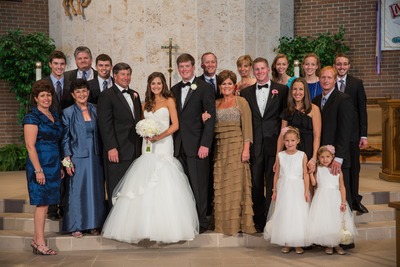 The wedding of Brandon Dodd to Megan Kathleen Duda in St. Luke's sanctuary on May 26, 2012. The bride is the great-great-granddaughter of Andrew Duda, Sr. and Katarina Duda. One hundred years after Andrew arrived in FL and became a charter member of St. Luke's Lutheran Church, and five generations later, Megan perpetuated the tradition set by her great-grandparents (John and Katherine Mikler Duda)with their marriage in the wood "shack" church in 1928, by having her marriage to Brandon Dodd sanctified at St. Luke's